Department of Head and Neck Surgery

Surgical treatment of head and neck cancer must meet two contradictory requirements: (1) the resection volume must be sufficiently large to remove all cancer cells and (2) the resection volume should be sufficiently small to preserve important functions such as swallowing, speech, vision, and cosmetic appearance. The Department of Head and Neck Surgery resolves these conflicting requirements mainly by two distinct approaches: (1) conservative surgery and (2) extensive resection with microsurgical reconstruction. We have been developing various larynx-preserving operations since the establishment of the National Cancer Center (NCC). These procedures include a partial laryngectomy, which is indicated for T1/ T2 recurrent glottic carcinoma after radiotherapy. Another example of conservative surgery is partial laryngo-pharyngectomy with preservation of swallowing and voicing function for hypopharyngeal carcinoma. Recently, trans-oral resection for pharyngo-laryngeal cancer has been increasing as minimal invasive surgery. On the other hand, extensive resection with microsurgical reconstruction is designed to minimize loss of function following ablative surgery by employing the microsurgical transfer of various flaps.

Our team and what we do 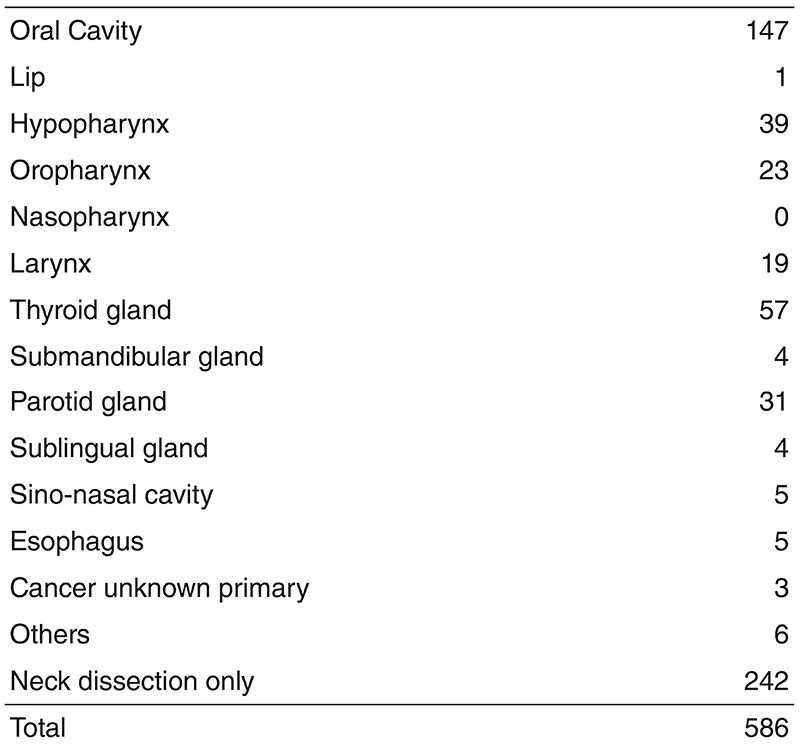 One senior resident was recruited to our department in 2018. Two medical students and seven doctors visited our department for training. Our department was assigned as one of the observation centers of the International Federation of Head and Neck Oncologic Society (IFHNOS) fellowship program from 2014. We accepted four head and neck doctors from overseas countries.

Head and neck cancer treatment has entered a new era of multidisciplinary treatment, with the recognition of the importance of supportive care to complete the treatment, along with improvements in surgical techniques, technological innovation in radiation therapy, and development of pharmacotherapy. At the same time as building a smooth coordination system between related departments, we hope to promote the development of minimally invasive and function-preserving treatments such as transoral resection.